The Sun Did Rise Today, and Will Rise Again Tomorrow 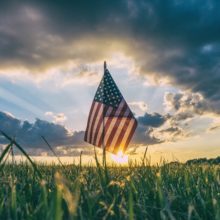 The U.S. presidential election is over. It’s been a wild ride, one that you have been privileged to witness — yes, privileged, no matter which candidate you were hoping would win. It has been one of the most contentious, divisive campaigns this country has seen…believe it or not, it’s not the most contentious or the most divisive election in our history. It has brought to the surface the “high’s” of living in a democracy, and, we’re sad to say, it also has brought out some “low’s.” You may live with a host family who are rejoicing this morning, or you may live with a host family who are worrying about the future. All of your host families, regardless of who they voted for, are citizens of this democracy.

It’s the future we want you to think about, as well as the present. Now, the next phase begins. This, too, is part of the “American experiment” — what happens after a major election, even when half the population voted for someone else? You are here to witness that. Over the next few months, you will see the peaceful transition of power to a completely different group of leaders; President Obama noted this morning in his address to the nation that “the peaceful transition of power is one of the hallmarks our democracy.”

You will see peaceful disagreement with the policies of those leaders. You will, no doubt, also see less-than-peaceful disagreements. As President Obama also noted, democracy can be “messy.” The divisiveness mentioned above is significant, and it’s serious. It means we have a lot of work to do, both here in the U.S. as the new Administration takes office — as well as abroad, with you, your families, and your home cultures. You are part of what it’s all about.

We encourage all our students to talk to their host families about the meaning of the U.S. election and the meaning of democracy, open political discussion, free speech, and civil disobedience. All of these issues are part of what we hope you are learning during your exchange. Talk to your local program coordinator. Talk to us, too. As you no doubt have learned, Americans love to talk about these issues. What’s most important after yesterday is that it we all must continue to talk about these issues, and more.

Will Cultural Exchanges Die Under the Trump Administration?

Hosting If You Don’t Have Children: Why Not?

The Beginning of the School Year: Déjà Vu or New Beginnings