Travel and Culture: The Road Trip of Exchange and Study Abroad 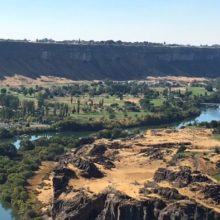 When I’m out and about, whether it be at a single day event or traveling for a weekend or a week, I think of all the things I like to share with students about our country and our life. A road trip, such as the one we did just a few weeks ago, brings that home.

Our trip took us from Portland, Oregon, through eastern Oregon, into Idaho, Utah, Wyoming, and finally Colorado. We saw major changes even on the first day. In the space of a few hours, we left our bustling metropolitan area of more than two million people, drove through the beauty and dramatic scenery of the Columbia River Gorge, and watched the countryside change from lush green to arid rangeland — without ever leaving the state of Oregon.

Jumping Off the Cliff . . . Into an Exchange

In Twin Falls, Idaho, we watched for a while as people parachuted off the famous Perrine Bridge into the Snake River Canyon. Perrine Bridge is one of the few locations where BASE jumping (the term for this kind of parachute jumping from a fixed object such as a bridge) is permitted year-round. I thought of our students as we watched the jumpers on an incredibly clear sunny day. Our students are as prepared as they can be with their packs of knowledge and pre-arrival preparation. They can see ahead, as the jumpers can see the canyon and the river bank below them. They think they have a clear view of what will come next. They have an idea of the terrain. 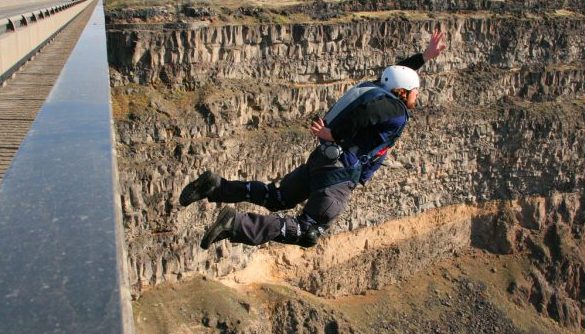 Yet that’s all it is — an idea. Even though they can see what lies ahead, they don’t really know what kind of landing they will have. Smooth and easy, gliding straight to the desirable flat grassy area? A bit hard on the knees due to misjudgment? A water landing?

As we drove through eastern Oregon, western Idaho, a short zig in and out of Utah, northern Wyoming, and finally western Colorado, I thought of friends and colleagues who live in these places. We’re connected by common language and culture, and our students from Europe and Asia think of all of us — whether we’re from Oregon, Idaho, Utah, or anywhere else in the U.S. — as being the same. Yet we’re not — or, perhaps, more accurately we’re all the same and yet we’re all different. We are separated by different twists in the English language and different local cultural norms, resulting from different local upbringings and totally different landscapes. A day’s drive may result in our never leaving the state in which we live, and so we are still in familiar territory. But we have reached a different world and so we’re in an unfamiliar land. 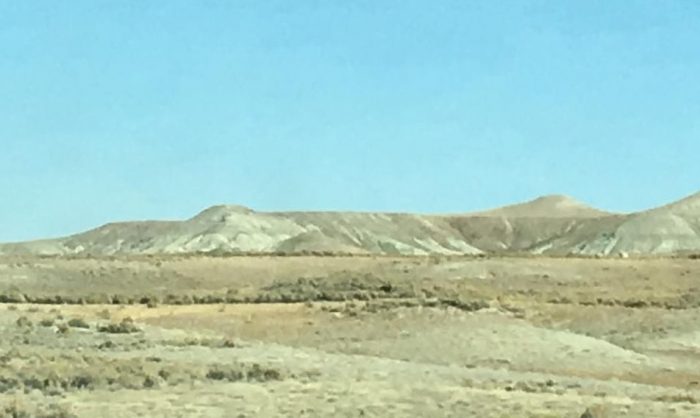 It’s hard to get used to different cultural expectations and a world that does not look anything like the world you are used to seeing outside your family home. I have to honestly ask myself if I could live in the wide open spaces of Wyoming for a year, when most of my life has been with an ocean within reach. Yet we ask our students to do exactly this, and more.

We know our students sometimes have a hard time adjusting to their host family and host community. Teens from large cities don’t know what to do when they arrive in a small town. Students from small towns are often bewildered when their host family lives in an urban area. Students who grew up with multiple siblings have some difficulty living in families with no children in the home. Students with no siblings have to learn how to share space when they’ve never done that before.

We “get it” perhaps more than they know. We hope we can show them how to navigate through it and enjoy their extended “road trip.” We hope, certainly, that we can help show them something of the vastness of the world we live in — not just the size and diversity of the United States as a place, but also the differences even within a place that many characterize as a single culture. If we can teach them that it’s more complex than that, and that the same is true of people and places everywhere, we’ll have succeeded. That’s what makes travel so exhilarating and exploration of other places so much fun. 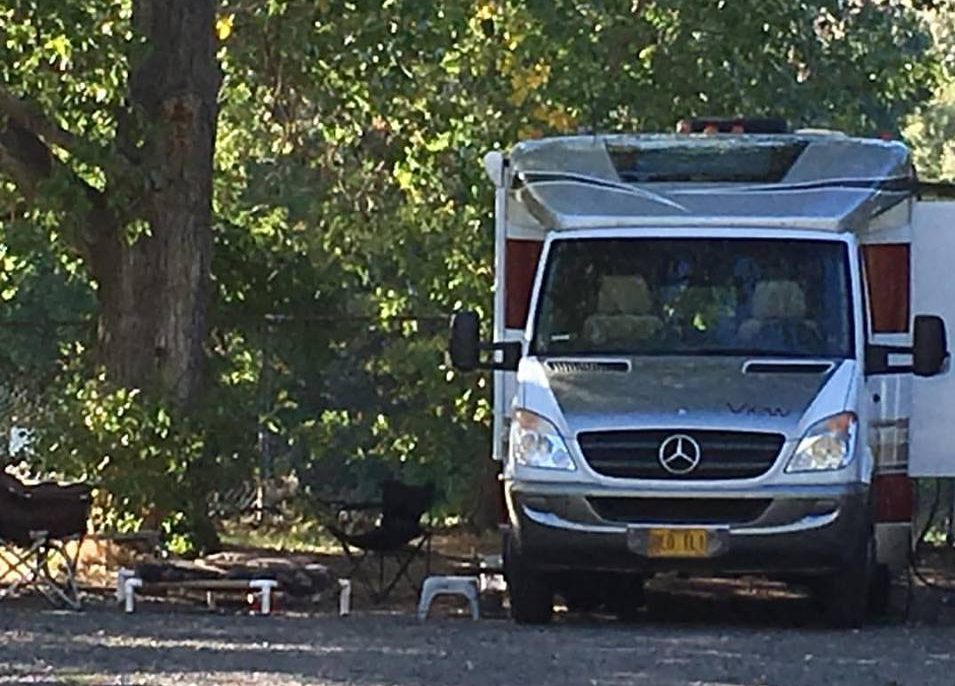 Note From an Exchange Student: I’m Homesick…How Long Will it Take Me to Settle In?