International Youth Exchange Data: Where Do Our Students Come From? 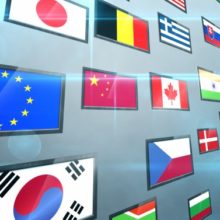 I recently came across an infographic showing Council on Standards for International Educational Travel (CSIET) data from 2010-2011 in a nice visual way. At first, I thought about just posting that infographic with a short “times have changed since then,” but decided to take a closer look. What I find interesting is how in some respects little has changed in the past five years; in other ways, much has changed. Compare current data for 2013-2014 (the last full year for which data are available) to the data in the infographic five years ago: 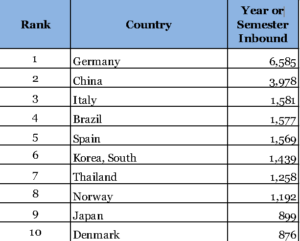 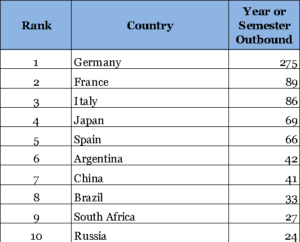 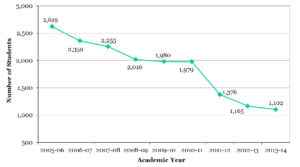 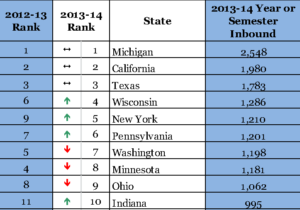 I’m not sure yet what I make of all of this. Germany continues to enthusiastically send its teens to live in host families and learn about the U.S., for example, and certain areas of the U.S. continue to be more open to (or just used to) having exchange students in their midst.

That said, the dramatic increases in F-1 students choosing to bypass conventional cultural exchange programs and attend largely private schools could substantially change the nature of international youth exchange. The changes in geographic patterns for “conventional” exchange students (i.e., the traditional cultural exchange/host family experience) could also radically change the make-up of high-school exchange within the coming decade.  We know that students from China (and other Asian countries) tend to have larger cultural and language divides to overcome, which may be more difficult at the high school level; moreover, these students often have different motivations for coming to the U.S. to attend high school.  This affects their exchange experience and that of their host families.

The continued downward trend for U.S. high school students to study abroad in an exchange setting is disappointing, but the numbers are too small to draw any real conclusions as to whether something is fundamentally changing in the current generation’s outlook.

For those who are interested, here is the infographic from five years ago; you can find it online here.

Charts and tables in this blog post are from:

Schools: The Remaining Piece of the Exchange Placement Puzzle