The 2014-2015 exchange students have now mostly arrived in the U.S. Most are past the jet lag phase. School has just started for some, while others have been in school for several weeks now. On the one hand, we’re still mostly in the “honeymoon phase” of the exchange year. On the other hand, we’re in a perilous period when it comes to student – host family communications.

Let’s face it — most of us aren’t great communicators, and most people of any age try to avoid conflict. To say that goes for teens arriving in a new country and into a new family is probably an understatement. So what do we tend to see each year? The answer, in a nutshell, is miscommunication.

The source is usually multiple miscommunications

In some cases, this leads to the outright failure of a student’s exchange year; in other cases, it leads to simmering problems that will explode in the coming weeks or months. These problems, once they boil over, lead to high levels of frustration, stress, and worry. At the extreme, they can result in students being removed from their host families. In too many cases, these miscommunications leave behind lingering resentment from host families or students (or both) with feelings that no one cared and no one listened. Nothing could be farther from the truth.

Here’s how it often progresses:

1. Exchange student engages in conversation and makes a point assuming they’ve been clear and understood. Sometimes it’s because they believe their English is great when it’s not; sometimes it’s just predictable teenage “half-statements” (there is something universal about teens in that they think if they say X you will know they mean X plus Y…..). It could be on almost any subject, from their life back home, their current situation, to w 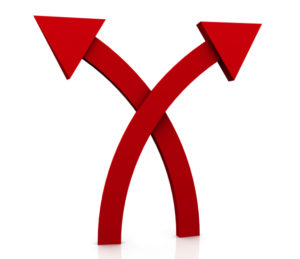 hat they like and don’t like to do, etc. The list is endless.
2. Host parent or host sibling doesn’t understand or misunderstands student’s point, and either ignores the comment (because it’s just a small thing after all), or takes offense but just files it away for future reference (because why get into an argument or discussion about such a small thing?).
3. Neither exchange student nor host family seeks clarification: “Was I clear in saying . . . . ?” “Did I understand you correctly to say . . . . ?”
4. A small wedge is created between exchange student and host family — not a big wedge or a big problem to start. But it quickly expands with subsequent conversations and misunderstanding.

Here’s the issue: once our brains think they’ve figured something out, they’ll look for more evidence to support that conclusion. This is not rocket science, nor is it something that is limited to one culture or age group. It’s human nature. Our brains are always looking for evidence that our first impression was correct, no matter how obvious it might be in retrospect that the first impression was based on a misunderstanding. Host family members might talk among each other, commiserating and reinforcing their individual perceptions about why their student is acting a certain way or saying (or not saying) the “right” things. Exchange students might log onto Facebook or other social media where each country’s exchange students often maintain gossip pages or chat groups in their native language which seem to be for the sole purpose of commiserating and spreading negative experiences and stories. And everyone’s initial impression is reinforced. Eventually, the small wedge becomes a chasm; either the student or the host family pulls in their local program coordinator, who has the role of sorting out the conflicting stories and misunderstandings that often are now solidly and perhaps permanently in place.

What’s remarkable is how many “placement problems” each year could be avoided if exchange student and host family would simply ask a few questions: “Was I clear in saying . . . . ?”, “Did I understand you correctly to say . . . . ?,” and the hardest of all for ordinary humans of all ages to admit – “I don’t understand.” We tell students and host families every year to call us — that there is no question too small, no issue too insignificant when you are dealing with people from different world views, different cultures, and different generations. And many do remember this, and do call us. But some do not.

These are our challenges. Sometimes we’re able to help sort it out successfully. Sometimes it’s too late for students or host families to change direction. The student may be labelled as a behavior problem and moved to another home, leaving a host family with a sour taste in their mouth about the entire exchange experience and a teenager who often doesn’t quite understand what went wrong. So much misunderstanding, pain, and lost opportunities could be avoided if problems are nipped in the bud. After all, it’s two very simple questions:

Good communication is a challenge, and can be difficult and uncomfortable. Many thousands of host families and exchange students can confirm that. Most will admit it may not be an easy process, but the end result is worth it.


*This blog post is linked to the My Global Life Link-Up at SmallPlanetStudio.com.*