It’s the time of year for musings and contemplation of the past and the future. Today, we are thinking about how the past five months have gone for the exchange students in our group, and thinking ahead to what’s in store for them. So much time has gone by, and yet it’s not even half of their exchange year: six months to go! 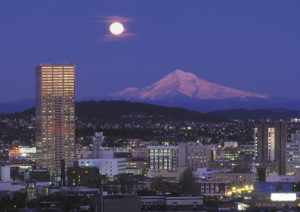 This year we have 38 students in a region going from Centralia, Washington in the north to the Oregon wine country in Newberg about 115 miles south, and from the Pacific Ocean in Long Beach, Washington, to The Dalles, Oregon about 180 miles east. Our students are in the larger cities of Portland, Oregon, and Vancouver, Washington, as well as the suburban areas of both. We’ve got Ft. Vancouver (a 19th century fur trading outpost), small towns on the coast that double or triple in size in the summer, Mt. Hood and Mt. Saint Helens (the latter being better known as the site of a major volcanic eruption than for anything else), magnificent waterfalls in the Columbia Gorge, world-famous windsurfing in Hood River, the end of the pioneer Oregon Trail in Oregon City, and the Lewis and Clark trail.

And we have our students from around the world, who have joined us here in the Pacific Northwest for six months or a year to learn about who we are and why we care about all of these things.

Our group’s students live with host families from all walks of life and all kinds of lifestyles. The students themselves come from all walks of life as well. One has lived on a farm in Sweden his whole life, in a town of 500 people; another comes from Bangkok, a city of more than 6 million. One student comes from Sicily, the “toe” of Italy’s boot, while another Italian student lives in the far north of the country, almost in Switzerland. One student has four siblings at home; some have none. Some students’ parents are separated or divorced. One student’s parents are teachers, another parent is a wine distributor. Other students’ parents are government clerks or managers of a retail store. 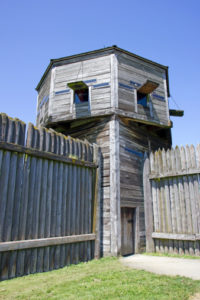 Here in the U.S., most of them live very different lives from their lives in Sweden, Italy, Japan, or Thailand. Some live with one host parent; some live with two. Some have host-brothers or sisters; some do not. Some of those who are used to a big city now live in small towns, while some of those from small towns now live in the cities of Portland or Vancouver. Some have plenty of spending money; some are on a tight budget. Some are energetic and outgoing, and live for the excitement of going out on the weekends; some are quiet and introspective, and prefer a good book or movie with their host family.

They have one thing in common. They are all teenagers who a little over four months ago were brave enough to get on a plane and head into the complete unknown. How many adults reading this could have done the same when we were 15, 16, or 17?

While we were going about our normal daily lives this summer — comfortably sitting on our decks in the sunshine, walking the dog, heading for the gym, and going for our daily coffee pick-me-ups – these teenagers were getting up in the dark at 4 AM, leaving the homes where they may have lived all their lives, and flying across the ocean 6,000 miles or more to live in a strange land and with people they didn’t know.

We’re not quite halfway through the exchange year. Our students in this part of the U.S. will not return to their home countries until the end of June, so we have six months to go. But there is something about the holiday season that marks a turning point. Our students are past the phase of acting like a guest in the host family home. They are no longer quiet or hesitant around the house, and most of them talk a lot more than when they arrived. Their English has improved, in some cases jaw-dropping-dramatically. They squabble with their host siblings and moan like any teen about school or chores. They leave clothes around the house and forget to empty the dishwasher.

They’re at home now, no longer strangers in a foreign land.

The transition to “being home” has meant many, many everyday experiences that we are thankful to our host families for sharing with their exchange student “children.” As 2015 winds down, our students have been able to: 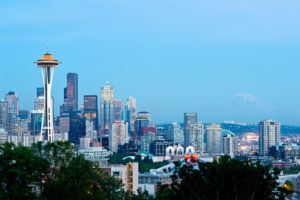 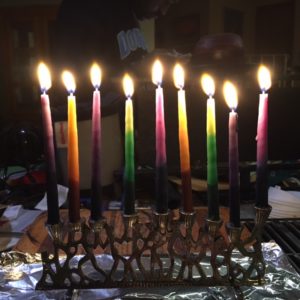 There’s also the usual normal assortment of American holiday experiences: corn mazes in October, carving pumpkins on Halloween, and eating too much turkey, mashed potatoes, and pumpkin pie on Thanksgiving. Earlier this month, several of our students living in Jewish homes learned about the Jewish holiday of Hanukkah and participated in the candle lighting ceremony. Students have enthusiastically joined in the search for the perfect Christmas tree and the hanging of lights and tree ornaments.

Sharing experiences is what hosting a student and cultural exchange is all about. We show these young people from around the world that the United States is not just the Hollywood sign or fast food at McDonald’s. With what we have all seen and heard on TV and in social media this year, it is perhaps more critical than ever to show these teens – future adults, citizens, and leaders – that we are ordinary people who care. We show them who we are as people, what we like, and what we do.

They show us tidbits from their own home and culture. We learn what a normal school day is in other countries, and how school systems differ. We learned about one student’s mom’s special Italian recipe this year, and another student’s Swiss Christmas cookie recipe. We learn more each year about holiday traditions like Sinterklas (Netherlands) and Erntedankfest (German and Austrian harvest thanksgiving festival).

By doing so, we show each other that for all our differences, people from different countries and cultures like many of the same things and have many of the same goals. Host families, students, and American students who are classmates of our exchange students all learn something important: we learn that you can overcome difficulties, and we learn how to communicate better with people who might not understand everything you do and say.

We are thankful at this time of year for the normalcy of our group’s experiences so far. Yes, we’ve moved a few students to new host families; it happens, often for no real fault on anyone’s part. There have been tears. Students have been homesick, and some are homesick now at the holidays. But our group is succeeding, as exchange students do when they have the support of their host families, parents, teachers, and program. We’re proud of what they have achieved so far and are thankful for the opportunity to get to know them and their host families. Our lives are richer as a result.