Exchange Students and High School Sports: Adjusting to the Reality 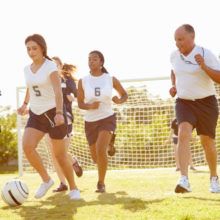 Those of us who work with high school exchange students generally encourage our students to sign up for a sport of some kind. It’s a great way to find some like-minded classmates especially at the beginning of the school year when the exchange students are feeling isolated, lonely, and wondering how they will make friends in a strange land. It’s also a good way to ensure a teenager will get regular exercise and get out of the house and into the community on a regular basis.

Of course, the students want the sport they play to be on a team at their host high school. They have heard all about “school spirit” at American high schools, and how athletics play a key community role. They want to be part of that spirit and participate in that excitement. Coordinators for the exchange programs talk it up before students arrive (“you play soccer? Join your school team!”) and we talk it up when they arrive in August (“Sports practices start next week – what sport are you trying out for?”). We remind them how it will help them be a part of American high school spirit, make it easier to become part of high school life in America, and will help them make friends at the beginning of the school year.

But participating in school sports is not automatic. High school athletics in the U.S. can be extremely competitive; it is not unusual for students to move from one school to another to get access to a better team that might give them a better chance at a college scholarship. State associations oversee sports and impose rules to limit such efforts.  Unfortunately, these rules can impose limitations for exchange students. And it’s not just football: the same rules often cover other activities that are either “sports-like” or which just have regional and state competitions, such as cheerleading, choir and band, and more.

We’ve had a number of these situations come up during our eight years as local coordinators: 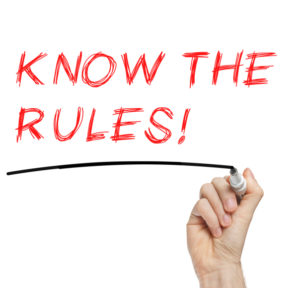 Direct placement students (defined as placements in which the student has chosen this particular host family rather than being “matched” by the exchange organization) might be able to get a waiver from the rules through a defined appeals process. In Oregon, as in many U.S. states, exchange students on a direct placement cannot play on any school team governed by the state athletic association unless they get a waiver. Generally, of course, exchange students coming on a direct placement are not coming to a particular school primarily to play a sport; rather, they are coming to be with a particular family.  As a result it often may not be difficult to get a waiver. But each case is treated on its own merits, and for each case, the host family has to convince the school’s athletic director and coach to apply for the waiver and go through an appeals process. If the direct placement student were to play on a school sports team without such a waiver (even out of ignorance of the rules), the team could be punished and be prohibited from competition.

* Out of district students: Students who are attending a school outside the boundaries of their family’s neighborhood school may be prohibited from playing on teams at their new school, due to concerns that students may be moving specifically for athletic reasons.

Three years ago, we had that situation. A potential host family learned that their neighborhood high school – barely a mile away – had no more exchange student slots. They asked the school district if they could still host a student and have their student attend one of the other district high schools. The district agreed.

* Transfer students: In some states, there may be limits for certain periods of time on students who transfer to another school during the school year as to their ability to play on a school team at their new school. This can affect exchange students, if a student moves out of one host family and into a new host home in another town. As with other examples, there may be a process in place for an appeal of the rule.

* Students who have graduated: If the student has graduated from high school in his or her home country, there may be limits on his or her participation in high school sports here in the U.S.

* Varsity limitations: Exchange students may be prohibited from playing at the varsity level in high school. On the other hand, sometimes exchange students can only play on a varsity team if they are considered seniors at their U.S. school, regardless of their athletic skill.

Many of these rules were established to keep a few high school sports from turning into a business enterprise where coaches might be tempted to recruit students specifically for their teams. The rules may seem totally out of place when it comes to exchange students. But regardless — the rules are there, and they have to be addressed.  Students and host families need to understand so that they can have realistic expectations for the exchange year. 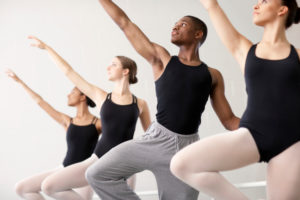 So what can you do if you are a student or host family in one of these categories? One option, certainly, is to see if there is an appeals process and if so, whether an appeal is possible in your situation. But also consider other sports activities. There may be sports-related classes that are outside the state athletic association’s governing range such as martial arts, ballet, or fencing.  These can be fun choices for a student interested in the opportunity to try new things while here in the U.S. Also, think about other kinds of sports teams. If a student can’t play on their school’s official team, city or other regional recreational teams may be available in your area. Those city or community leagues can be good choices; given the competitive nature of U.S. high school sports as noted above, joining a recreational city league can give a student the opportunity for exercise and meeting people without the pressure of high-level competition. As a student, think about these options; as a host parent, try to get your student to look beyond the narrow traditional scope just of school sports. There are always choices!

Direct Placements for Exchange Students: Should You or Shouldn’t You?