How Far Will the Pendulum Swing for Rules Governing High School Exchange Students?

We recently received a note from the exchange program we work with notifying us about a new program rule: host parents who speak the language of their exchange student (even as a non-native) will be asked to sign a statement that says that host parents will “only” communicate with their student in English.

On the face of it, that doesn’t sound unreasonable.  After all, the students are here to improve their English and a key goal of the secondary school exchange program is to immerse the students in their host language and culture.  So making sure host parents speak English in the home, as opposed to using the exchange student as a year-long language immersion program of their own, is important.  Right?

Well, yes.  But host parents already sign a document comprising several dozen or more rules they are committing to abide by. Is a separate document saying they will “only speak in English” necessary, or even appropriate?  What happens when extended family members come over to visit and want to have a small German conversation at the dinner table, both to perhaps practice their own language skills and in a perceived attempt to make the student more comfortable?  What if the student is having a problem at home or at school and is having difficulty expressing himself in English (not exactly uncommon, especially at the beginning of the year); is a host parent who knows the student’s language not allowed to have a short conversation in the student’s language to ensure clear communication?  What if the student asks you to explain something to his parents over Skype and wants to participate in the conversation?

When we raised these issues, the exchange program noted that these hypothetical situations wouldn’t pose a problem.  But that’s not what the document says.  If it isn’t intended to suggest “zero tolerance,” how is it different from the general guidelines already in effect, discussed with families on a case-by-case basis, that English is the primary language?  Why is it needed, and what is the point of taking away that flexibility?

How many rules are too many?

When we expressed our discomfort with this document , the program did back down – for now.  It’s not this specific rule that troubles me, though, in the long run. I’m using this example to bring up the larger issue of “how many rules are enough?”  Government rules and regulations tend to follow the path of a pendulum.  Something bad happens, it receives public attention, and the pendulum 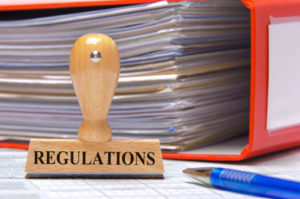 starts to swing in the direction of more regulation. The pendulum swings farther and farther until the negative consequences are so obvious that changes are made and the pendulum starts to swing back in the other direction. But then it often swings too far in that direction, something bad happens again, and the cycle starts again. It is a maxim of regulatory decision-making that it is very hard to stop the regulatory pendulum at the “right point,” regardless of which direction it is swinging at the time.

There are many who believe that over the last several years, the pendulum for high school exchange programs has been swinging toward “overregulation.” For each new regulatory requirement, something has no doubt happened involving one or more exchange students somewhere in the U.S. (out of the 28,000 who come to the U.S. each year), and a decision is made to implement a new general rule with the goal of preventing that particular occurrence in the future.  In today’s inter-connected world, when almost any negative news event can be public knowledge across the entire country within a day, this kind of reaction is almost inevitable: people hear about it and demand that “something must be done.”

But does creating more rules really prevent future occurrences of bad events – and at what point do we see unintended consequences?  As the pendulum continues to swing, generating more and more exchange rules, how many host families might be walking away from the table? 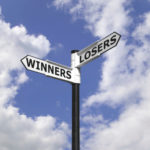 Can the public diplomacy goal of cultural and educational exchange survive the challenge of ever tighter and more numerous rules and regulations?

We have seen a number of new rules in the last few years (adding to the many already in place).  Among those that have raised eyebrows among the every-day world of host families:

Do we really want to keep narrowing the definition of what’s “reasonable”?


An inevitable downside of having so many rules is that host families have trouble prioritizing all the rules, and quickly come to forget some of them. There are 26 separate “terms and conditions” in our own host parent agreement, for example. In practice, host parents don’t remember each and every item each and every day. Yes, of course, we can announce with all seriousness that you are expected to read what you sign and remember what you read.  But then there’s reality, which is that the more rules you have in place, the more likely people are to forget some of them.  And what if they forget the really important ones because they’re distracted by so many others? 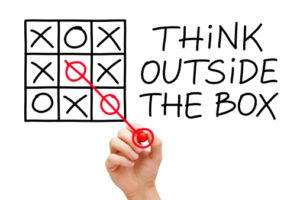 As host parents read through longer and longer lists of rules, it gets harder and harder to instill the vision of “a fun year” in their minds.  And if it’s not fun, it’s harder to convince people it’s worthwhile! There is such a thing as too many rules.  It’s certainly true that we’re dealing with people, and people will make mistakes.  But if you perceive rules as your only hammer, you may accidentally hammer shut the lid on high school exchange.