“Exchange is not a Year in a Life, but a Life in a Year” — The Year Ends, and the Life Begins

There is a saying in the international exchange community, “exchange is not a year in one’s life, but a life in a year.”  Between late May through the end of June, the students who have been on their exchange for a semester or for a full academic year are beginning to return to their home countries – their “life in a year” is ending.  I hope they, their host families, and their families back home can see, now that they are packing up their belongings and saying their goodbyes, that the saying is more than just words.

The students go home not only more mature after having lived for so long without the cushion of family and long-time friends, but also with a better understanding of what our country is all about, and perhaps a better idea of what the world is all about.  They know better now than to believe that everyone lives the American life they see on TV.  There is, also, more to it than that, for both students and host families. 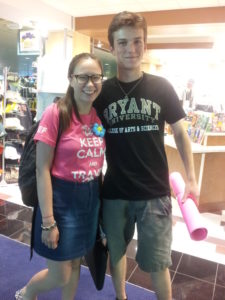 Two of my students, Megan (Hong Kong) and Patrick (Switzerland), upon arrival in the U.S. August 2012

The purpose of high school exchange educational and cultural programs is to “support personal growth, lead to a deeper understanding about foreign cultures and improve international relationships.” As I write this, 13 of my 14 students from this academic year are packing their bags to leave the U.S. and return home to Austria, Germany, Switzerland, Norway, Sweden, Italy, Spain, and Hong Kong.  My 14th student went home early due to illness, but that does not diminish her exchange experience.  She is still a part of this group – a group that has succeeded in what the U.S. government intends with the J-1 visa high school cultural exchange program: learn what life is like for U.S. teens, adapt to lifestyles and a culture different from their own, attend school and become a part of their U.S. school community, try new “American” things (food, sports, classes, etc.), and develop relationships with Americans that will continue after they return home.  Host families have learned a bit more about the country of their students, and have gained a connection they will not lose; for many, they now consider that they have a new “son” or “daughter.” 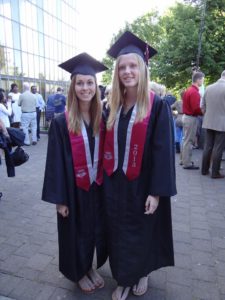 The year has not always been easy; it would be foolish for any academic international exchange program to promise either a student or a host family that bringing someone new into the family – someone who has no idea how you live or how school is run in this country – is going to be a piece of cake. Having a five- or ten-month vacation is not the point of the program.

For some, the transition has not been difficult.  For others, there have been bumps along the way. Some of the students and host families have struggled through difficult times together.  Several students had a hard time adjusting to life without their close friends, boyfriends/girlfriends, and their comfortable “normal” life; but they muddled through, as people do.  Some families struggled with issues that happen to families (a teen rejects mom to go live with dad; a host grandparent falls ill); their students lived through those issues with them.  The world, too, interfered with life, bringing to us this year on one side of the coin the re-election of President Barack Obama and, sadly, on the other side of the coin such events as the Newtown tragedy and the recent tornados in Oklahoma, and more.  We have had some personal scary moments — a concussion for one preventing him from playing football for a while in the Fall and an even scarier emergency flight to the hospital by helicopter for another student this Spring after a rugby injury (which, fortunately, was not as serious as it first seemed).  There have been some sad, painful times – unsolvable problems in a host family for one student requiring a move to a new family, and for one, a serious long-term illness that required her to return home in January, cutting short her exchange year.

But they have all learned.  So have their host families, as well as the students, teachers, and others (myself included) whose lives have intersected with theirs. The world is a slightly smaller — and yet larger – place.  That, indeed, is exactly the point.