Will Cultural Exchanges Die Under the Trump Administration? 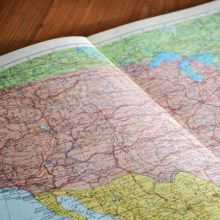 We try to avoid making “political” comments here on The Exchange Mom blog, knowing that audiences involved in cultural exchange and international education come from all walks of life and all political persuasions. President Trump’s proposed budget, however, is so potentially game-changing that we feel compelled to speak up.

There are many impacts of the President’s budget proposal beyond international education and exchange. I’m not even going to go into what the proposed budget cuts would do to environmental programs and the environment. Let’s just stick with the one agency that we’re involved with in high school cultural exchange — the U.S. Department of State.

The President’s proposed budget would cut funding for the U.S. Dept. of State by about 29%, eliminating most cultural exchange programs other than the Fulbright Program. Exchange programs dependent on significant federal funding could be doomed. These programs are important. See, for just a couple of examples, our posts Hiding in Plain Sight: The Changing Needs of Cultural Exchange and Today, An Exchange Student: Tomorrow . . . ? for our thoughts on why some of these programs are important. We would all be poorer for their loss.

Less direct but just as important is the additional pressure that public schools may face in coming years. The new Administration has plans to implement voucher and other programs. If attendance at public schools decreases as a result of such programs, the public school system will be increasingly squeezed. Will they still be receptive to high school exchange students on J-1 visas, who do not pay tuition? Will they be able to afford those students?

It’s hard to know how this will all play out. We can all see, however, that the Trump Administration has made clear that these are its priorities. The Administration’s proposed budget reflects a “hard power” approach to the future, not the “soft power” approach generally attributed to diplomacy and the State Department, and which most cultural exchange programs clearly support.

The international education community is beginning to speak out. As stated by the Alliance for International Exchange yesterday, as one example:

“Educational and cultural exchange programs have been a critical component of our national security policy since the end of World War II. ….the State Department reports that 1 in 3 current world leaders have been on an exchange program in the United States. In another Department study, 92 percent of participants from Muslim majority countries reported having a more favorable view of the United States.”

Shutting down these programs in favor of buying more guns and bombs ultimately will prove both shortsighted and “penny wise, pound foolish.” We hope that the high school, college, and post-graduate exchange community will make this clear to congressional and other representatives.

Hosting If You Don’t Have Children: Why Not?

The Sun Did Rise Today, and Will Rise Again Tomorrow

The Beginning of the School Year: Déjà Vu or New Beginnings