This is Why We Work With Exchange Students 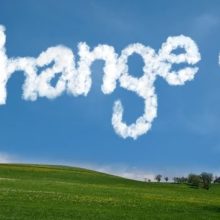 We have worked with high school exchange students for 10 years now — 14 if you count the several years we were “just” host parents and not coordinators! Working with teens going through cultural shock and host families going through the excitement of learning about another culture can be exhilarating. It can be frustrating. It can, at times, be disappointing. This year, two of our 39 students have had to return home early — and we’re just halfway through the academic year. A few students in our group have changed host families, each situation being completely different. Several more students and host families have concerns we are helping to (hopefully…) resolve successfully.

So why do we bother?

We bother because of the relationships we develop with students (and host families) every year. Not every student becomes a friend for life; that would not be a realistic expectation. But enough do so that we see what the experience can do for them, their host families, their teachers, and others. Teachers understand; they teach for the students who care — and for those who eventually learn to care.

I’ve included here just a few examples of those relationships. These are students who “pushed back” and students who did not. The common thread is that after the fact, they could all see some of what they gained during their exchange. (I’ve changed their names for privacy reasons.)

“It now has been five years since you allowed me to stay at your home, and yet I still don’t know how to properly express my gratitude for your many acts of kindness, even though I do think that my English has improved at least a bit!

And even though I probably gave you quite a bit of sorrow with my lack of discipline, I hope I was also able to leave behind something positive (or a deeper appreciation of Haribo!). So, once more, I hope you are all doing well and your wishes come true.”

I graduated from an American high school that became my family throughout this year. Many people say I went on a vacation. All of those people are wrong. What I learned is not comparable to what a year of regular Italian school could have taught me. I learned the meaning of setting your mind to a goal and work to reach it, I learned how to be a great leader in the community, I learned to help the others in rough times, I learned that school is not just about grades and studying but also about getting involved and participating, I learned that you don’t need to have expensive bags and shoes to be a cool person. All you need is yourself and a lot of positivity to transmit to people. I learned that is not cool making fun of people, I learned how much joy can give you volunteering and supporting the special ones, I learned that you always have to learn….

The past ten months have been the best time of my life so far and never ever will I forget the memories I made here or the friends I’ve made. I love you all so so much and words cannot explain how much it hurts me to leave this wonderful place. … I know for sure that my way will take me back here sooner or later – after all, I have family here now and lots of amazing friends. I want to especially thank my family for having me this year and making me feel less like “the exchange student” but like “our family member.” … I will never forget how [my two little sisters] went from calling me their exchange student to their sister….They know I will always be their sister and I promised them that we will see each other again soon. 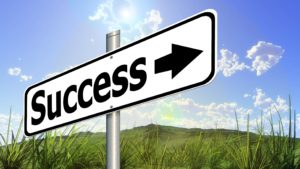 So to our young friend Sean who is now (unbelievably, to a host mom…) 21 years old: We are doing well, and you have shown us that wishes do come true. One student, one teenager at a time, as expressed by a host parent after her student returned home at the end of her year:

… no matter where we all are, she remains family, [and] our mutual love and admiration continues. … Nothing changes. We are still family, a larger family than before.

What We’ve Been Up To Lately