When the Teenage Brain Attacks

Most Widely Spoken Languages: Do You Know?

International Exchanges in 2021: Yes, We Are Here to Stay!

Impacts on a Student’s Exchange Year

An exchange student in the Portland metro area was sent home this past weekend, two months early.

What did he do? The student’s host sister found him smoking a marijuana joint in the host family home. The host parents found the joint where he had left it sitting on the roof outside his bedroom window. Once they began to look, they found a half-dozen others in other easy-to-find locations around the home. Thirty-six hours later, he was on a plane.

It sounds simple on the face of it, doesn’t it? A 17 year old uses an illegal drug. The rule is zero tolerance. End of story.

Simple…yes. But there’s a host family who do miss a student they cared about. There is a young person who has lost the opportunity to finish his exchange year, and he may well not receive credit for this school year. His decision to experiment could have long-term implications.

Those of us who work with high school foreign exchange students do it because we love the teens. The hardest cases we deal with are when students make bad decisions. These bad decisions are ones that any teen could make. A fellow student comes up to you at school and asks if you want to buy a small amount of pot. Perhaps you’ve been thinking about trying it, as many teens do. Perhaps you happen to have cash in your pocket that day. Perhaps the seller, sensing the possibility of a buy, offers you a discount.

Perhaps you just don’t think about what might happen next. 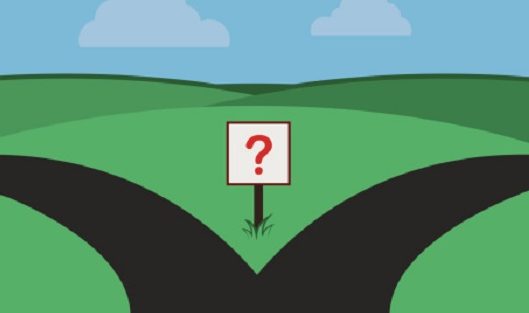 Our students and our teenage children want trust. They feel confident. They believe they are capable of making good decisions. Many of us have personal experience with teenagers who do make smart decisions. There is danger, however, in relying on that experience and concluding that teens can consistently make good decisions. Research shows that the teenage brain is a work in progress. On the one hand, teens understand right from wrong and are beginning to grasp moral complexities. They generally know what the law says on important issues. They know that X is the right thing to do in a particular circumstance and that Y is the wrong thing. Yet sometimes they make decisions that flabbergast adults. As Cory Turner notes in the quote below, the teenage  brain is in constant conflict between rational thinking and irrational behavior:

“When adolescents are playing this [car driving scientific experiment] game by themselves, they don’t take any more chances than adults do when they’re playing it by themselves,” Steinberg says.

And that’s a big deal. Because the adolescent brain gets a bad rep for being consistently impulsive. ….Being 12 (or 17) doesn’t mean a kid’s hard-wired to always make bad choices.

Why, then, do adolescents still make so many bad choices? To find out, Steinberg added a twist to his experiment.

He gave his subjects an adolescent crowd.

Teenagers often just don’t think about the consequences, especially when they are with other teens.

The teens we work with are exchange students. They are in this country with permission from the U.S. Department of State. They know they are required to obey the law. Their programs tell them before they leave their home country that drugs and alcohol are to be avoided at all costs. The programs warn them when they arrive. Coordinators and local program representatives remind the students during the year. We work hard to get the rational part of the brain to dominate teens’ behavior, at least on these critical topics.

Inevitably, someone does not listen.

We can deal with many of the bad choices our students might make — at least, the ordinary ones. Does a student rebel at curfews? We can address that. Does a student constantly forget to take out the trash? We can address that. We can understand the lack of full development in our teens’ brains. We can understand and sympathize with the influence of group thinking. Yet that doesn’t mean there is no individual responsibility. That’s part of what teaching, mentoring, and advising teens is all about.

“Want to buy some pot, I’ve got some right here?” The answer needs to be “no” for all teenagers. Perhaps this is especially true for students studying abroad who face the extreme consequences of losing their exchange year and in some cases, who will also face legal consequences in a foreign country.