Injuries and Illness While on an Exchange: What’s the Right Thing to Do?

Last year, one of the exchange students in our group had to return home to Norway two months before the end of the exchange year due to illness. Potential host parents ask us questions about this kind of thing: what happens if students get sick while they are here? Do I as a host parent have the right to take my student to a doctor? How do we deal with insurance? The short answers are that each situation is different. We thought we would share some of our experiences to show how this works in practice.

Exchange students are like anyone else. They break a wrist while snowboarding, sprain an ankle while playing soccer, get the flu, and are diagnosed with previously unknown conditions. Most of the time, they recover. A broken wrist or 15 stitches will cause short-term pain but are also just that: short-term.

Sometimes, however, their illness or condition cannot be adequately treated so far from home. Real life examples can easily show the differences:

Insurance helps, but may need explanation

The U.S. Department of State requires that all J-1 visa exchange students carry adequate medical insurance. Exactly what the insurance coverage will cover is not always easy to determine on the spot. This can be difficult for foreign teens and their parents to understand, since they are used to very different healthcare systems. 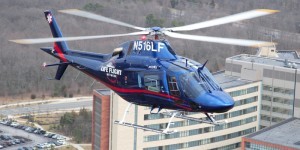 * Bills from doctors, labs, and hospitals often arrive in the mail before insurance companies have processed claims. Jorge, our rugby player, saw the $21,000 Life Flight helicopter bill when it arrived at his host family’s home before the insurance company processed the claim. He had difficulty understanding that he and his parents did not need to panic, that this was purely a ‘crossing in the mail’ issue.

* Requirements that there be a financial guarantor can create administrative confusion and worry. The clinic treating student William on the mountain for his skiing accident tried to pressure the host family into agreeing to be financially responsible. This was not an unreasonable request from the point of view of the clinic billing administrator, but it’s not a situation we want host families to face. We generally recommend that host families ask the medical facility to use either the exchange program’s contact information or that of the student’s natural parents. This approach may not always succeed, since medical providers may not understand the relationship between an exchange student and host parents. If this happens, host parents should immediately follow up with their program to help prevent it from becoming a major issue. In William’s case, the host parents were able to point out to the clinic that they were not the student’s legal guardians and had no legal relationship. The clinic agreed to put the student’s natural parents contact information on the documents.

* The concept of co-payments or deductibles can be difficult for students and natural parents to understand. The concept of co-payment may seem obvious to American readers, but may come as a surprise to exchange students and their families, who are unfamiliar with the U.S. medical system. We have had many conversations with students and sometimes their parents as well. We try to walk them through an explanation of why they have to pay this or that balance on a medical bill even though they have paid for medical insurance.

What do you need to know?

We can recommend basic strategies to be prepared. For one thing, all adults involved with exchange students should encourage students from the day they arrive to talk to someone – host parents, local coordinator, a teacher or counselor at school, someone from their program’s main office – if they feel ill or injure themselves. Teens often ignore symptoms. They don’t believe a swollen ankle is a big deal (the swelling will go down, it’s nothing) and a stomach ache will go away (it’s just something I ate). They may be embarrassed by their symptoms, and it can be difficult to share personal feelings or medical symptoms with people they do not know well.

Additionally, host parents should keep an eye on their student’s general health and eating habits, as well as on any medications their student may have brought with them from home. A student’s diet may have changed from what he or she normally ate back home. Students worry about gaining weight and may develop poor eating habits as a result. Host parents may feel uncomfortable about compelling teens they do not yet know well to eat a balanced diet, feeling that they are nagging. Host parents can help students feel more comfortable about talking about personal issues such as medical symptoms by themselves talking about personal issues and showing their student that it’s ok to talk about it. Host parents should not hesitate to take the student to a doctor; this should be an adult decision, not left up to a teen who may not understand potential illnesses.

We don’t like it when our students have accidents or get sick. Coordinators worry, program staff members worry, host parents worry, and of course parents back home worry. But the fact that life doesn’t always take the direction we want should not stop parents from letting their teenaged and young adult children from studying abroad and doing a cultural exchange. Indeed, students with pre-existing medical conditions or permanent physical disabilities should also consider study abroad – if under control, it does not stop them from being accepted into an exchange program. Thinking about the “what if” situations shouldn’t stop families from hosting a student, either; the families who hosted the students profiled above had strong relationships with their students. Jorge, Sophia, and Alexandra all have come back to visit their host families. If we stop doing things just because something might happen, we would never see anything, do anything, or learn anything.

Communicating is Even More Important Than You Think

Should I or Shouldn’t I: Why Should I Tell the Exchange Program Anything This Personal?

So What Do We Talk About With Your Exchange Students At the Beginning of the Year?