Stumbling as the Finish Line Draws Near

Two students in our region had to return to their home countries last week, two months before the end of their exchange. Neither student volunteered to go home early. Both students were sad and did not want to return home now. But for two very different reasons, neither really had any choice.

Student #1 was ill. About two months ago, she was diagnosed with Crohn’s disease, a chronic inflammatory condition of the gastrointestinal tract. We started with the hope that it could be treated easily and managed at least at a reasonable level until the end of June when she was scheduled to return home. Unfortunately, we all came to realize that her illness – while manageable in the long run – could not be managed here, without her family, within the scope of a cultural exchange program. Her parents moved up their visit to the U.S., originally planned for a month from now, and what they had planned as a leisurely tour of the region where their daughter has lived for the past eight months became a whirlwind weekend and a time of tears.

Student #2 was drinking alcohol and smoking cigarettes, and was caught at both. Smoking, by itself, would not necessarily mean a return home; in most cases, it would be treated as a behavior issue and managed as we manage other rule-breaking situations. But alcohol for exchange students under the age of 21 in the U.S. is another story, and generally being caught earns a student an immediate ticket home. In this case, the host family notified the local coordinator on Wednesday. She went over to the host home that evening and found evidence in the student’s room. The student admitted to drinking. Two days later she was on a plane home. 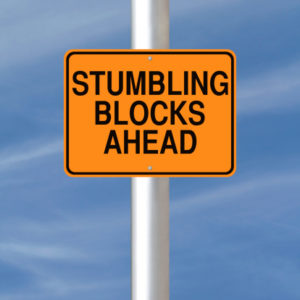 Things happen in life, and they will happen when people travel or study abroad. We can’t control unexpected illness or accidents, and our student came to realize that during the several weeks when we were talking about whether she would be able to stay until the end of June. Knowing she had done nothing wrong and that she was not at fault didn’t make her any happier to leave. But perhaps it helped; she knew she was had developed good friendships and that her host family had made every effort possible to deal with her illness. She had a week or two to say goodbyes at school, a weekend to show her parents some of why she has come to feel Portland is a second home, and time to have a goodbye party on her last evening.

But for that second student, everything was different. She had fallen in with the “wrong” crowd, and her behavior had gone downhill. When her host mother found evidence of alcohol, it was over; the family asked that she be moved out of their home on Wednesday and the coordinator responsible for working with the student reported the events. The student’s parents were told that she had broken the law and the conditions of her visa, and arrangements were made for a flight home on Friday. The student went to school on Thursday to return various items and say brief goodbyes, so she wasn’t quite hustled away under cover of darkness. But she certainly did not have time to process her decisions or have any kind of “closure.” She could not put the responsibility for what was happening on fate, another human being, or bad luck. She made some bad decisions, and there was nothing anyone could do.

Those of us who work with high school foreign exchange students do it because we love working with this age group. We enjoy seeing our own country through their eyes as they discover things we have taken for granted, we enjoy seeing how they grow and mature during their 10-11 months in our country, and we enjoy making friends around the world. We don’t enjoy weeks like this.

These are the hardest cases we have to deal with as exchange program coordinators: when things happen that cut short a student’s exchange year dream. These two cases, coming as they do within days of each other, bring home for our group the two hardest kinds of cases: the first, when a student and host family are happy together and developing a relationship and then a storm comes out of nowhere ruining everything, and the second, when our students – who are ordinary teens — make bad decisions. Any teen can make a bad decision and live through it; for exchange students, the consequences can be much more severe.

We wish we could solve all our students’ problems while they are here, but we can’t. They are exchange students, here on a student visa issued by the U.S. Dept. of State, and they are subject to high standards, strict rules, and certain limitations to what we can do for them. Every year, someone will get sick or have an accident that requires treatment beyond what can be managed while on exchange. Every year, some exchange students will make bad decisions. Every year there are exchange students who get caught with alcohol. We warn our students every year before they arrive and after they arrive that the drinking age in this country is 21 and that drinking is illegal. We tell them we understand that it may not seem fair to them if they come from countries where it is legal to drink at 16 or 18. But they need to obey the laws of the country where they are studying and living, or suffer the consequences. They all say they understand and that it will never happen to them. Inevitably, someone does not listen.

For some kinds of illness or long-term conditions, there’s not much leeway; the student needs treatment now, which may be expensive or just time-consuming. It may require hospitalization or counseling. It sounds simple, doesn’t it? Of course she needs to go home. Who wouldn’t agree that this is the best solution? But it’s harder in practice, when you are 2/3 of the way through the school year, to tell a student they have to give up their dream and cut it short because of something they have no control over, to tell their host family it’s time to let the student’s family make the medical decisions, and to tell a family thousands of miles away “your child is sick and it’s not going to get better soon.” 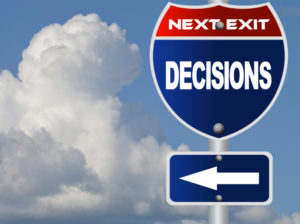 If you are an exchange student, take this message to heart. If you are hosting an exchange student, show this story to your student. If something happens beyond your control, do what Student #1 is doing: grapple with it and accept that dealing with it is the smart thing to do. It doesn’t define who you are. As for the rest of it: think before you act. Don’t let Student #2 be you.