Host families we have worked with and readers of our blog periodically ask us “I’ve tried and tried but I can’t make it work. What should I do? Should I give up?” When we’re asked that question as coordinators, we all tend to get a bit vague and have trouble answering the question. It makes us uncomfortable; no one wants to ‘give up,’ and no one wants to be the one to say that someone else should give up.

In some ways, this blog post was easy to write. As coordinators and as host parents, we’ve seen first-hand the super placements that work great from the beginning, the ones that work great after some work, the ones that all parties think are “OK” but never quite click, and the ones where we know that it’s just not a good situation for a host family or student. So we had plenty to say, both from our own personal experience and from that of colleagues. But in other respects, this blog post was incredibly difficult to write. We didn’t like putting some of these words on paper. We like to think positive, and we know that cultural exchange and hosting a student can be a great experience for all involved. No one likes the idea of a failed placement. But that doesn’t mean sticking with it is always the right choice. 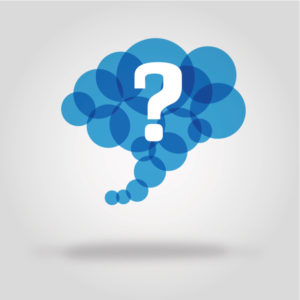 We all enter into the process of hosting an exchange student with the goal of a mutually beneficial semester or academic year, and with the hope of establishing a life-long relationship. That’s what this is all about, and each of us wouldn’t continue hosting if we didn’t know it is possible! And truly, by this point of the year, many hosting placements around the U.S. are well on their way to this desired outcome. Our own student has noted how he knows our lifestyle, is familiar with the community’s landmarks, and feels that he knows the town’s “personality.” He understands what is expected of him from his U.S. high school. He and other students in our region are comfortable going out with friends on a Friday or Saturday night, and know what to tell their host parents regarding where they will be and who they will be with. They make jokes with host parents and host siblings, and know if it’s ok (or not!) to leave their shoes on in the house or leave their school books lying on the living room couch. They are used to going to the soccer games that their host family enjoys, visiting their host family’s extended family on weekends, and watching their host family’s favorite TV shows. It feels comforting and familiar now, and they have relaxed into their roles as members of the family.

Most of our students and host families are happy with their relationship, but….

The description above is what we aim for, but it doesn’t always succeed. Some students have left their original host families to move in with a new family. That’s inevitable, and sometimes all parties to a hosting experience can tell pretty quickly that it’s not a good fit. We’re dealing with people from very different backgrounds and no matter how much we try to find the perfect host family-student match, it doesn’t always work. Twelve years ago, we ourselves moved a student out of our home after three weeks, realizing that as a new host family we could not manage the particular student we had chosen for the year. Before school had even started we took in another student, who was already in the country but whose school had decided at the last minute not to accept any more German students. Our children (and no doubt Niklas, too) remember fondly the hours of multi-person computer world domination war games that became the family hallmark that year, and which would not have happened if we had persisted in trying to mold the first student into a family where he didn’t fit.

But then there are the cases where the student has been with a host family for quite some time, with the relationship moving along with as many backward steps as forward ones. There may have been miscommunications and continued cultural misunderstandings; in some cases, underlying issues come out that have not previously been disclosed by the student or the family. Perhaps the host family feels that the student sometimes shows improvement in his or her behavior, so from their point of view it’s not ‘that bad.’ Perhaps from the student’s point of view, they sometimes feel like it is going well, and knowing that they cannot just ask for a new host family they think “I will get used to it.” And then something else happens, and those small steps forward go backward. 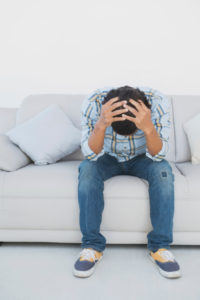 The results can range from a host family’s mild disappointment that they do not see the development of a long-term relationship they were hoping for, all the way to feelings that they are putting up with a thoroughly bad experience that they would never want to risk repeating (and so will never host again). From a student’s point of view, it can range from a similar mild disappointment that they do not feel as close to their host family as some of their friends do, all the way to feelings of isolation, alienation, anger, and a feeling that no one is listening.

Does it make sense to move on?

As difficult as it is to say “it’s not working,” sometimes it’s the right thing to do. Hopefully it happens before a family is turned off to the hosting experience and a student loses the opportunity to have a fresh start and a successful and happy exchange experience. As a practical matter, we are talking about a host family’s decision in this case, not a student’s decision. While sometimes a student is able to articulate serious enough concerns that a program will decide to move a student, we’re focusing today on those in-between situations where everyone is muddling along, trying to make it right, but there just isn’t much progress and the same things keep happening, causing both student and host family to become frustrated and stressed.

Host parents may feel that since we and they have now talked about the problems again with the student, they want to see – again — how things pan out in the next couple of weeks. And then we will repeat that process perhaps a month or two later. We may see something like this in reverse from students; they may tell us how they feel about something going on with them and their host family, and perhaps we can see that there is something to it, but the situation remains the same in two weeks or a month later. These scenarios can happen several times, and then it becomes “there are only 5 (or 4, 3, 2, 1) months left, we can survive that long.” But surviving isn’t what it’s supposed to be about.

There are many reasons that host families “hang on.” We’ve done it ourselves. It’s not easy to decide when it’s time to end the hosting relationship, and everyone reasonably feels they can improve the relationship by trying this or that solution. A host family may feel sorry for the student and worry about whether the program can find another host family. They may feel that it will look like they are giving up, or they may feel that it will reflect on their capability as host parents. But if you let these feelings and concerns turn the whole experience into something you’d never want to repeat, the decision to keep going probably isn’t a good decision either for you as a family or for your student.

We suggest in these cases that host parents think through specific decision-making criteria, and set specific milestones/deadlines, instead of letting the situation simply muddle along indefinitely. It’s a tough decision to make, and host parents should not make the decision without talking to their local program contact in the event there still are options to pursue to improve the relationship. But sometimes it can be the right decision for a family and for a student. It can mean that a host family will host again, and have the opportunity to develop that life-long relationship with another student. It can mean that your student moves to a situation that fits better with his or her personality. We coordinators encourage our host families to think of their exchange students as a member of the family, not as guests, and we encourage our students to think of their host families as their second family. At the end of the day, though, our exchange students are in a different category from our own children. We’re getting them as half-formed adults with 15-18 years of a separate history. We can’t always make it work.

We are not suggesting a family give up just because things are not “perfect.”

Developing the cultural exchange relationship does take work; as noted, you don’t just drop a teenager into another family, another community, another language, without some bumps along the way. That’s why the students are generally not permitted to just announce they want a new host family; we expect them to work at the relationship, too, and being younger and less experienced at life we know that teens need the guidance to do so and that working at a relationship is not something they’ve generally given much thought to in the past. But there is a point where the inexact science of matching students and families doesn’t work. It’s tough to know if or when this point has arrived, but it is OK to acknowledge that it has.