When You Hear an Exchange Student Needs Help – What To Do?

A reader of the ExchangeMom blog recently posed this question:

My question is not about my student, but about another student in another state and program that is a friend of his. He has told me that her placement is not good. They are denying her medication and socialization. They are extremely religious and are forcing those beliefs on her. She has spoken with her representative and the school, so what are her next steps?

I hear reports like this quite often. Sometimes it comes from a host parent who has heard something from a friend, sometimes it comes from a student we are hosting or a student we are supervising. We always take such reports seriously, since the well-being of exchange students is our paramount concern. But I also discuss with the communicator of the report how students (both the one reporting to us and the friend) often jump to conclusions, feel insecure, or just don’t understand as much English as they think they do.

When you hear a story like this, remember several things

When we hear stories like this, we ask the person telling it to us to remember a few key points:

1) Teens have trouble believing their friends would not be 100% honest or factually correct in reporting their situation; adults, too, have trouble believing someone they know and trust could be mistaken or intentionally deceive them. Even our own student this year – who hears from us, as a result of our role in the program, quite a bit of information about how we work with students in the region — told us about a student he knew who was being sent home for underage drinking when (according to him) she hadn’t had any alcohol to drink; she had told him and others that the program made it all up.  We had quite a bit of difficulty in convincing him that this simply didn’t make sense. “She wouldn’t lie,” he said.

2) Miscommunication is the name of our game in the world of study abroad. Let’s face it — most of us aren’t great communicators to begin with, and most people of any age try to avoid conflict. Add to that mix teenagers from another country. Teens as a group act impulsively; as exchange students, they are acclimatizing to living in a foreign country and speaking a foreign language every day. It shouldn’t be a surprise that the result, if not managed, can be massive miscommunication.

Truth is in the eyes of the beholder 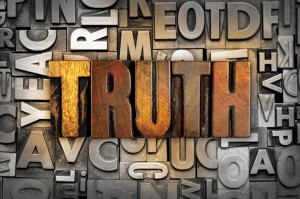 The situation reported by the reader of our blog cries out “Miscommunication! Misunderstanding!” to me. On the religion issue, it may be that the host family is not forcing religious beliefs on their student. Rather, it could be that the student is uncomfortable with going to church, but sees that it is important to her host family and doesn’t want to hurt anyone’s feelings. Maybe she’s not a talkative or outgoing person and isn’t sure how to talk about this issue with her host parents. When we had a similar situation a few years ago, the host parents were horrified when we told them how their student felt. It was never their intent to force her to go to church. They believed they had been clear that she didn’t have to go. But she had felt that would be rude, and had said nothing, leading them to believe she enjoyed going and resulting in her being miserable.

Similar misunderstandings could be the cause of the student’s statement that her host parents are denying her medication. One possible explanation that comes to mind, for example, is that perhaps the student came with a batch of medicines and treatments of various kinds, and the host parents were uncomfortable with the student having control of it. (If you haven’t seen our blog post on this topic, read it here.) Our own student this year came with his personal small pharmacy that included everything from rash treatments to antibiotics, with no instructions; in fact, much of it wasn’t even in original packaging. Students from Eastern Europe and Asia sometimes come with entire travel bags of undecipherable items. In this case, “denying her medication” could be a responsible action for a host parent in the United States — what makes sense elsewhere doesn’t necessarily make sense here (and the reverse is also true!).

We are not trying to say that an adult who hears about such stories and situations should ignore the complaint. Not at all. The very fact of a complaint does suggest that there is a problem, even if it it’s not the problem the student is announcing. If a student is complaining, she’s unhappy about something, which someone needs to investigate. Whether she is unhappy because she is being mistreated, or because she is having trouble adjusting to the host environment, or simply doesn’t understand key elements in each sentence that is being spoken to her – something is wrong. True, it’s a lot easier for teens to blame the people around them than to take a long honest look at themselves, and culture shock can sometimes be quite a challenge. But you don’t want to ignore it.  The situation a student is describing could be mostly true. Even if it is not mostly true, there is a student who is having problems adjusting to her host family and community. If we can get to the bottom of it sooner rather than later, we can help solve the problem and with any luck the teen and her host family can have a rewarding experience. In some cases, however, the student may need to be moved.

When we get stories like this from host families or students, we recommend several things: 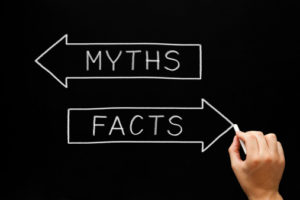 * We encourage the concerned host family or student to really try to get the student who is upset to talk to their program coordinator. If they say “but she already did, her coordinator won’t doing anything/doesn’t like her,” we encourage them to tell their friend to try again. Maybe the coordinator didn’t understand what the student was trying to say, or maybe the student has more information than they did the first time they tried to talk about it. Maybe the student didn’t really talk to his or her coordinator, at least not enough for the coordinator to really understand there was a problem that needed to be addressed. Sometimes I can remind a student of something they themselves have complained about, and get them to remember our own conversation about it; that sometimes triggers an agreement (even if reluctant) that it’s not always easy to figure things out and that there usually are several sides to a story.

* We encourage the concerned host family or student to tell the student who is having difficulty that he or she can call the national office of her program, too, if she feels she is not getting support from her local coordinator. All exchange students should have a contact name and number for their main office.

* We encourage students to talk to another adult in their lives if they are having difficulty talking to their host parents or their local program contact. Of course, it’s preferable to talk to one’s host family or program contact – we want communication between students and host parents, and coordinators are there specifically to help guide families and students through the rough patches. But when you’re dealing with people, it doesn’t always work seamlessly. If a teen is close to a teacher, or a guidance counselor at school, that adult can help pave the way towards improved communication – or even just let the program and host family know that there is a problem that should be addressed.

If all else fails, and if you really do believe an emergency exists, any student or concerned citizen can call the U.S. Dept of State office that handles foreign exchange students. All exchange students have that contact information on their program student ID cards. People naturally (and for good reason) are reluctant to involve the government when they realize they don’t have all the information needed to determine if an emergency does exist. But the option is there.

As always, communication is the key to success in a cultural exchange and study abroad program. Those who know us know it’s our “mantra” – but it’s a good motto to remember.